The Lost Siblings are Post-Moon Lord bosses fought after Araghur, the Flare Serpent is defeated.

They can be summoned using the Emblem of Soran at any time. Upon consumption it will summon four bosses: Nuba/Nuba's Shadow, Solarius, Dustite and Voxa.

Each time a sibling is defeated, the remaining ones empower themselves, healing part of their health and gaining two more attacks. In True Mode they will unleash a desperation attack once they are the last sibling active. This only applies to phase 1.

Nuba / Nuba's Shadow is the sibling skilled in nebulous magic, she will attack as follows:

After defeating the Lost Siblings for the first time, Nuba will be replaced by Nuba's Shadow

Solarius is the sibling skilled in high-damage fire magic, he will attack as follows:

Dustite is the sibling skilled in summoning allies and attacking with stellar magic, he attacks as follows:

Voxa is the sibling skilled in combat with firearms and lightning, she will attack as follows:

Novaniel is the oldest and strongest sibling and skilled in combat with his sword, gravity and projections. After his siblings are defeated, he will appear and phase 2 of the fight is initiated, he attacks as follows:

When his health is reduced to below 50%, he will obtain an aura around himself, upgrading his attacks to be deadlier and harder to dodge.

In True Mode you have 4 minutes to defeat Novaniel before he uses his final attack, Celestial Judgement, to kill all players. He will also boost his damage by 50% each minute that passes, indicated by him raising his sword and becoming invincible for a short time. After the first empowerment, Novaniel's attacks have a chance to inflict Shattered Armor. After the second empowerment, his attacks can also inflict Distorted Weapon. After the third empowerment, all attacks are guaranteed to inflict both debuffs.

After defeating The Lost Siblings for the first time, the following will occur: 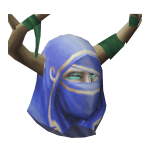